Comparative Analysis of the Impact of Scientific And Technological Cooperation in North America and the European Union. Parallels between Hungary and Mexico

This article analyzes the impact of Hungary’s cooperation in science and technology with the European Union, comparing it with the case of Mexico in North America. Both countries have had the expectation of benefitting from a scientific and technological spillover and flow because of belonging to a region with a higher degree of development. This has not happened –or at least not fully– and this article tries to identify the obstacles. Even though Hungary receives a certain amount of resources from the EU, science and technology have actually regressed there. The author concludes that, among other elements, this is due to internal factors in each country, mistakes and vacuums in economic and educational policy, as well as migration of qualified personnel.

Professor Antal is a full-time UNAM researcher working at the CISAN. She is a Level 2 member of the National System of Researchers and of the Mexican Academy of Sciences.

She studied in different areas of social sciences at the Budapest University of Economic Sciences, the UNAM, and the UAM. She did her bachelor’s degree in economics, her master’s in political and social sciences, and her doctorate in international relations, as well as master’s courses in the philosophy of science.

She teaches and is thesis advisor in the UNAM School of Political and Social Sciences Graduate Program in orienting international relations. Her topics are the Research Seminar; Methodological Focuses; and Environmental, Science, and Technological Policies.

Some of her most recent publications include Cooperación en ciencia y tecnología en América del Norte y Europa,(Cooperation in Science and Technology in North America and Europe), edited by herself and F. Aroche (Mexico City: CISAN/Conacyt, 2011); the editing and introduction to a special issue of the journal Norteamérica (year 7, 2012) on climate change in North America; “El futuro del régimen del cambio climático y el papel de América del Norte en ello. Una perspectiva histórica y analítica” (The Future of the Climate Change Regime and the Role of North America. A Historical and Analytical Perspective) in that same issue; the chapter “Mexico Canada Biotech Image: The Role of the Broader Scientific Community,” written jointly with Camelia Tigau, in the book edited by I. Hussein, The Impact of NAFTA on North America (Palgrave Macmillan, 2010); and the article “GMO Public Diplomacy for Biosafety in Mexico,“ written jointly with Camelia Tigau, published in the journal Place Branding and Public Diplomacy (2009). 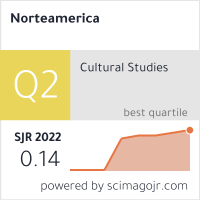